5 Most Magnificent Castles in Germany

I've traveled to Germany a few times in my life and I've had the joy of visiting a few wonderful castles. Although I haven't had the privilege of visiting all of the following castles that made my list, I sure hope to visit them all one day! 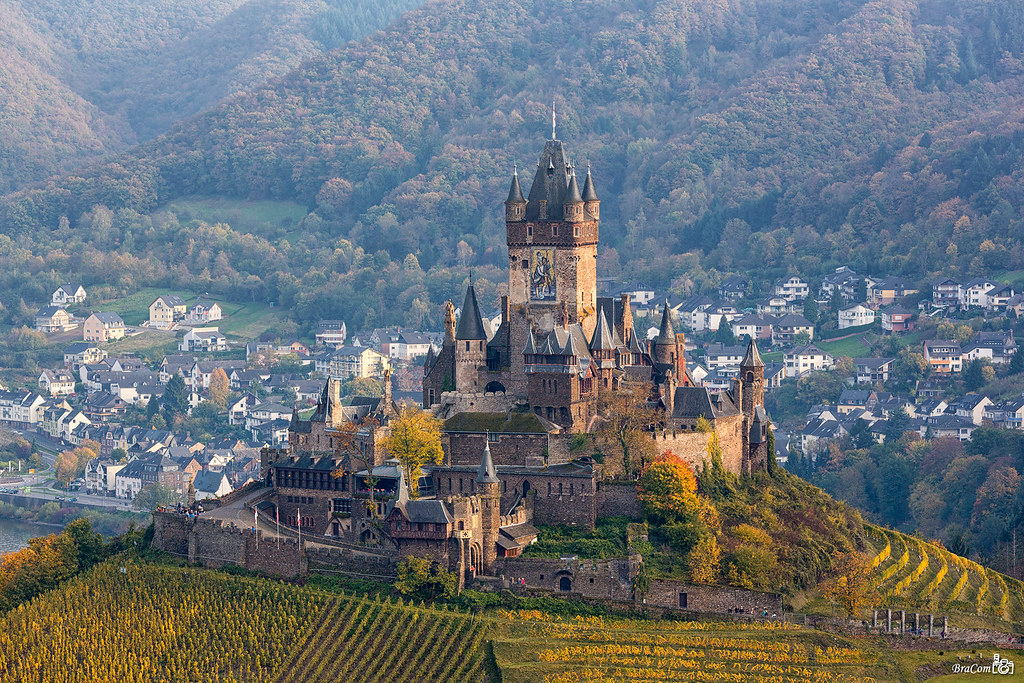 Built around 1000 by a palatinate count, it was nearly destroyed in the 17th century when French King Louis XIV invaded the region. The castle was rebuilt in 1868 in the Neo-Gothic style. It towers above the scenic town of Cochem on the Moselle River. Although I have not seen this castle in person and some travel guides don't think this castle is as "authentic" as others, the style and overall impressiveness of this castle is what makes it my #5. Plans for this castle began in 1868 by Ludwig II and in 1886 the final rebuilding phase was set in motion, however he didn't live to see the completion of his new bedroom. Although this palace is much smaller than King Louis XIV's palace at Versailles, it is clear that Ludwig II used Versailles as inspiration for Linderhof. Located in Ettal Germany, not far from Oberammergau, this palace has multiple buildings and the grounds surrounding the main building are simply gorgeous. I've been able to visit Schloss Linderhof twice (one time it was being rejuvenated so they had a big tarp over the front of it) but the 2nd time I went with the American Aid Society Jugendgruppe I was able to fully enjoy the sheer opulence of this castle. This is what made it my #4! 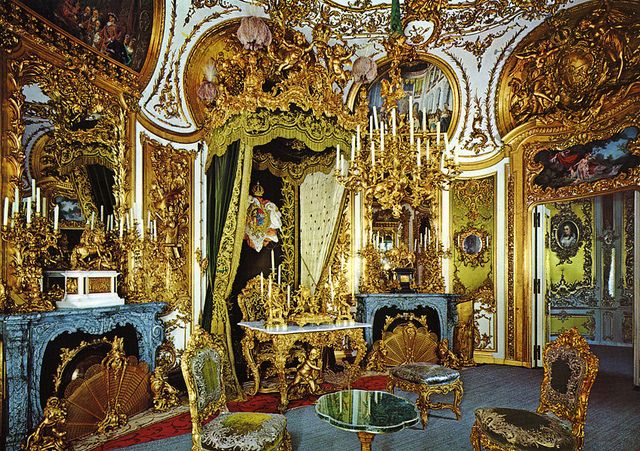 Since as early as the 10th century, Schloss Schwerin sits on an island in the main lake at Schwerin. For many centuries, it was home to the grand dukes of Mecklenburg. Today the castle serves as a museum and as a government building for the Mecklenburg-Vorpommern state parliament. A fun fact about the Schwerin Castle is that Petermännchen, the resident ghost who has been spotted wearing 17th century garb, makes this castle a great place for those with an interest in the paranormal. With its many towers and turrets, this castle is considered a prime example of Europe’s historicist architecture and what makes this my #3 pick. Someday I hope I will be able to visit this amazing castle for myself… but until then and I think Zak, Nick and Aaron from Ghost Adventures should spend the night ;-) Sitting atop Mount Hohenzollern, the Schloss had its beginnings in the 11th century. Over the centuries, the original castle was destroyed leaving only the chapel behind. The current castle structure was built in the mid-19th century by King Frederick William IV of Prussia. Located 30 miles (50 km) south of Stuttgart, the castle is the ancestral home of the Hohenzollern family. Today the castle is a truly unique museum. Filled with treasures including the crown worn by Prussian kings and a uniform worn by Frederick the Great, the Hohenzollern castle is one of the most visited castles in Germany. Although I myself have never been, the sheer beauty and awe-inspiring location is what makes it my #2 castle. Neuschwanstein is one of the most magnificent castles in Germany (and actually most photographed building in Germany). (I mean even Disney thought it was marvelous enough to try and replicate for Sleeping Beauty's Castle at Disney World!) Unlike most castles, Schloss Neuschwanstein was not designed or built for defensive purposes. It was created simply as a fancy schmancy retreat for Ludwig II of Bavaria. It sits quietly among the Bavarian Alps near the town of Füssen. I've been to Neuschwanstein multiple times and each time it was more awesome than the time before. There is just something about this castle that takes my breath away and that's why it's my #1 most magnificent castle in Germany! These are my top 5 picks for Germany's most magnificent castles. Do you think I missed one? Comment below on which castles are your favorites! If you have any pictures of you at some of these castles or at others I'd love to see them on Instagram using #GermanCastles.